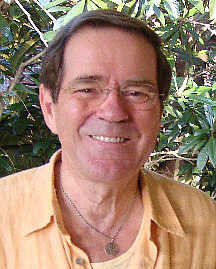 I was having a bad day in December, 2008 and it seemed like nothing was going right for me. I found myself walking around with a constant frown on my forehead and had a pervasive feeling of "this is an awful day." It occurred to me that this may be a doyle, a doylic memory, which had been triggered by the cascade of unwanted events which I called a "bad day", and so I took my own advice, "When in doubt, Trace it out."

I went down my Time Marks consciously holding the frown which I referred to as "this doyle", saying "I'm X years old and experiencing this doyle."

At the time marks for ages 4, 3, 2, and 1 year old, the frown was strong as ever. At time mark "6 months old" the frown slipped away. I went down several more months to be sure and the frown was all gone.

Immediately the thought arose in my mind about being weaned from my mother's breast. Never had thought about that process in my life before. (That was surely a "bad day" for me, switching to a rubber nipple!)

That thought was the answer to my unasked Plausibility Question. The answer often comes before I get to the question -- it arrives in the form of some thought which flits through my mind. Since the doylic memory (the tension of muscles creating the perpetual frown) had been converted into a cognitive memory, the weaning thought was the result of that brand new cognitive memory which had just formed in my brain.

I have not written of this speed trace of mine before, but wanted to share it with George as my way of thanking him for the fine exposition of the science of doyletics that he's done on this website.