Doyletics - Use This Free and Easy Technique To Eliminate Stress

Doyletics is the science of the acquisition and transmission of physical body states or doyles. The Speed Trace is a memory technique, designed using the principles of doyletics, that is very useful for defusing fear and phobia, eliminating negative emotions, and signs of depression.

This technique is one of the most powerful ways to deal with stress, treat anxiety, and depression symptoms. On this page, I am going to teach you all about it.

The pioneering work was begun by Doyle Philip Henderson, a retired aerospace engineer, back in 1975. His regression 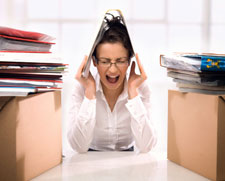 technique was picked up by Bobby Matherne (Robert Joseph Matherne), a physicist, computer engineer, writer, and specialist in the evolution of consciousness.

Henderson hypothesized that all emotions and feelings are recapitulations in the present of events occuring before five years old.

He developed a regression method which involved putting the subject into a state of deep relaxation and then leading the subject back to an original event, which removed the unwanted feeling or emotion.

Over 20 years of doing this work with doyletics, Henderson led many thousands of traces and discovered the regression would only be successful if the original event was traced to below five years old. These experimental results, combined with his initial hypothesis, formed the basis of the science of doyletics which was created in 1998 by Bobby Matherne and named in honor of Doyle Henderson.

Mr. Henderson developed a software program called Panacea, and advertised that with his software, you could successfully trace out the origins of negative emotions and eliminate them, or rather eliminate the uncomfortable body states that they produce. Doyle found it to be one of the best ways to deal with stress as well.

Bobby Matherne took Mr. Henderson's regression technique and simplified it down to its essence in a technique he called the the speed trace. Unlike the lengthy regression technique which took 30 to 90 minutes, the Speed Trace could be done in a minute or less, and without need for a computer or another person leading the session.

Matherne searched the literature for what was known about emotions and studied in detail how the brain functioned. His research led him to conclude that there are two kinds of memory which exist in the human brain: cognitive memories and doylic memories.

Cognitive memory is simply what we call "memory", sight and sound. Doylic memory (or doyles) are new terms he coined for bodily states. Doyles, once stored, remain forever unless one converts them to a cognitive memory.

The doyles of one-of-a-kind events stop being stored above the age of five years old because all events past five years old are automatically stored only as cognitive memory. All doyles you have in you now were stored before five.

Unwanted doyles can be removed simply by a quick speed trace which converts them from doylic memory to simple memory, that is, visual and auditory with no bodily states. A traumatic experience at two years old, after a speed trace at 9 or 90, becomes a simple memory of the event without any feeling or affect to it.

Your brain and body will continue to generate an unwanted doylic memory until it gets converted into a cognitive memory and never afterward. A minute-long Speed Trace can remove a lifelong unwanted bodily state permanently.

The speed trace is quite possibly one of the easiest and most effective ways to deal with stress that I have ever found. Eliminating phobias, food dislikes, and bad emotional reactions are among the things you can do with this memory technique.

There are specific instructions for performing a speed trace on Bobby Matherne’s website. Remember that the Speed Trace of Doyletics is a memory technique, NOT a therapy!

He suggests that you start off tracing a food dislike. This is an aversion you may have for a certain food that when you smell or taste it, you react with disgust or queasiness.

This provides the easiest test to determine whether you were successful in doing your first speed trace. If a strong food dislike is no longer present, you will know for certain that you were successful and will be ready to move on to trace away important unwanted doyles.

If you were successful in tracing the food dislike, then you are ready to try tackling phobias, and other emotional issues. There are two aspects to a successful speed trace, holding the feeling, and counting backward down the time marks.

Here is how it works.

When in Doubt Trace it Out

This is Bobby Matherne’s motto, and is very sound advice. The Speed Trace of doyletics provides one of the best ways to deal with stress, by ridding yourself of negative emotional reactions that do not serve a useful purpose.

The great part about this technique is that it can be used just about anywhere at any time, and does not require any equipment. When you feel negative emotions like anger, frustration, rejection, ect., you can now trace them out and eliminate them.

If you try this memory technique and are successful in tracing out and eliminating certain negative emotional reactions, or phobias let me know. I am sharing doyletics with you as a tool you can use to improve the quality of your life. Please share it with others as well!