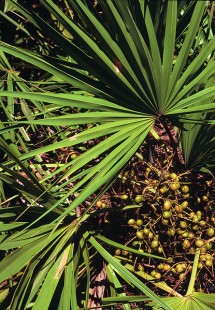 The berries of the saw palmetto plant have some interesting qualities and have been used as a folk remedy for a variety of ailments for hundreds of years. The plant grow in the American Southeast and was used by native Americans as a natural medicine.

What this plant, or rather it's extracts have become famous for are two things which afflict most men at some point in their lives, baldness and prostate problems. The common element in these problems is a hormone called dihydrotestsosterone or DHT.

Saw palmetto benefits stem from the ability of the extract to neutralize 5-alpha reductase which is the enzyme the body uses to convert testosterone to DHT. In so doing the herb's extracts can address both problems are their source.

Prostate problems are the bane of all aging men. They encompass everything from frequent urination to prostate cancer and everything in between. They can interfere with a normal sex life, and in the case of cancer be life threatening.

Medical science predictably resorts to pharmaceutical preparations some of which mimic the herb's ability to lower DHT levels in the blood.

These medication such as Proscar or Finesteride (like all drugs) have side effects of their own. Doctors prescribe them because they are trained to believe that nothing else can do the job, and saw palmetto benefits have not been scientifically proven.

The above references are two of but many that show saw palmetto benefits for prostate problems. Drug companies do their best to discredit all natural remedies for medical problems, but there is a lot of research pointing to the effectiveness of this herb.

Hair loss is another issue that afflicts men and for which saw palmetto benefits have been demonstrated. I can attest to this personally. Nothing else I have tried has such a positive effect on the appearance of my hair as this herb. When I use it my hair appears thicker and the thinning areas appear to fill in somewhat, which makes me VERY happy!

It is very important to get the right form of this herb. It comes in small brown gel caps and has a very strong odor in the bottle. My brand preference is Ultimate Nutrition, but there are other good brands as well such as Life Extension or Jarrow Formulas. 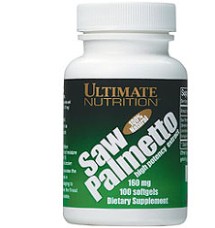 If you want to try saw palmetto for hair loss, Puritan's Pride has a great deal on this supplement and is probably the cheapest source I have found to date.

The potency usually comes in 160mg size. That is standard, although I have seen a higher potency that is still effective. Remember that you need to get the “saw palmetto extract” which is also called Serenoa Repens.

The dosage varies, but I usually take 6-9 gel caps per day in order to get the full saw palmetto benefits and have had good results with this. Dosage is partly dependent on how much you can afford to take, but I would say that you need at least 3 gel caps per day spread out during the day with meals.

Based on my own experience I would strongly recommend saw palmetto for hair loss!

You are likely to hear much more about saw palmetto benefits as time goes on. It is a 100% natural DHT inhibitor, and much safer than the drugs used for this purpose. It is an inexpensive way to address two male problems at once, without the toxicity of drugs.