Homocysteine – What is It?

Homocysteine is an amino acid or “homologue” that is bio-synthesized from the amino acid methionine, and converted to either L-methionine or L-cysteine. This occurs in a multi step process requiring certain b-vitamins.

The b-vitamins (N5-methyl tetrahydrofolate, and b-12) are needed to complete this process. When these b-vitamins are lacking in the system, the Homocysteine cannot be converted properly, which causes high Homocysteine levels to build up in the body.

For years doctors have wondered why even people with normal cholesterol levels have heart attacks, and this link to high Homocysteine levels seems to answer that question. 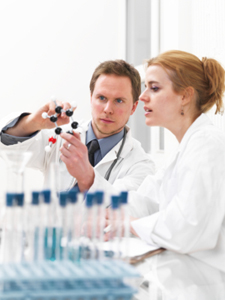 Homocysteine damages the endothelial lining of the blood vessels by degrading the structural proteins of your arteries. Thus Homocysteine is the most significant heart disease risk factor and needs to be controlled.

Studies have also found a correlation between Homocysteine levels and hip fractures, which suggests that the effects of Homocysteine on collagen also impact the protein matrix of bone.

Homocysteine levels have also been linked to:

What levels of serum Homocysteine are dangerous? The Life Extension Foundation recommends the following levels:

Studies have allegedly shown that supplementation with methyl donors has not improved the condition of patients that already have cardiovascular disease. If this is true, it may be because of the way that Homocysteine damages your arteries.

However it is entirely logical that methyl donors would be effective in preventing further damage, and even preventing damage in younger persons that do not as yet have significant coronary artery disease.

There are combinations of factors that can cause your Homocysteine levels to rise.

Certain prescription drugs can also raise homocysteine levels such as:

Note: The MTHFR (poor methylation) gene is a factor not only in heart disease but the development of cancer as well. You can tell if you have this gene by noting whether your urine has a strong odor after eating the vegetable asparagus. If you fail the “urine test,” then it is absolutely essential that you use methyl donors to prevent critical health problems that can be caused by this gene.

Homocysteine defense is critically important to long-term health. The key to safely lowering serum Homocysteine is the use of Homocysteine regulators called methyl donors.

A methyl donor is a substance that can transfer a methyl group (a carbon atom attached to three hydrogen atoms) to another substance. Methylation is a vital part of many biochemical processes in the body.

Methylation becomes impaired, as you get older. It can also be impaired by genetic defects that some of us carry. When methylation does not work properly, certain critical biochemical processes cannot be completed, which endangers your entire cardiovascular system.

There are several ways to deal with high Homocysteine levels. These are the steps you need to take to reduce serum homocysteine. However you will need the help of an antiaging doctor to address this problem effectively.

As serious as this is, the good news is that when you get your high Homocysteine levels down into the safe zone, you should see an improvement in your health across the board. Since improper methylation affects the brain and nervous system, correcting this problem will also improve your mental and emotional health as well.