Heavy Metal Toxicity and Your Health

Heavy metal toxicity has emerged in modern times to become one of the most serious underlying causes of chronic disease, and a major threat to our health. Heavy metal detox is fast becoming a necessity in any serious effort to protect the body from heavy metal poisoning and allow us to live to our full health potential.


What is Heavy Metal Toxicity 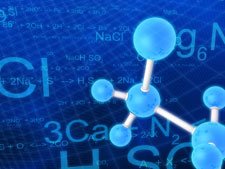 Heavy metal poisoning is the accumulation of minute but significant traces of metals in the body that have more than five times the specific gravity of water or 5000kg/m3. These metals come from a variety of sources in our environment. Below are some of the most common sources.

Since the above symptoms can be caused by a number of things, it is difficult to diagnose heavy metal poisoning without specific testing and a definitive result.

Once you know for sure that there is heavy metal contamination in your body you can proceed with heavy metal detox based on the type of heavy metals present in your system.

How To Test for Heavy Metals

The two most useful tests for heavy metal toxicity are hair analysis, and urinalysis preceded by an infusion of a metal chelating compound, after which the urine is collected over a 24 hour period to determine which metals are being excreted.

Your antiaging physician can tell you which tests you need to identify potential heavy metal toxins, and help you formulate a strategy for removing them.

The removal of heavy metals in the body is usually done with a chelating agent such as EDTA (ethylenediaminetetraacetic acid) or other substance, which can bind with heavy metals and carry them out of the body through normal bodily elimination processes.

All chemical/drug based chelating agents should only be used under the supervision of a medical professional, as it has both hazards and side effects that can be dangerous.

Other options are natural substances such as Chlorella, cilantro and pectin, which do not have such side effects, but may be less effective in ridding the body of heavy metal toxicity.

The substance used to remove heavy metals from the body will depend on which metals are the problems. Below are examples of some of the most toxic of heavy metals.

The above is a short list of heavy metals and their chelating agents. In truth, heavy metal poisoning should be diagnosed and treated by qualified medical professionals, as the chelating agents can result in serious problems if not used properly.

Heavy metal toxicity is on the rise due to the way we are polluting our environment.

Heavy metals in the body create free radicals, which greatly accelerate the aging process! The detection and removal of heavy metal poisoning from your body is absolutely vital to protecting your health and longevity.

Remember to go about heavy metal detox under proper medical supervision, as unlike many other conditions, this one is extremely difficult to self-treat. Make it a point to get it done and done right. Your body will thank you for it!

Return to Longevity and Antiaging Secrets