The Benefits of MSM for Antiaging

The benefits of msm for antiaging lie in treating arthritis and inflammation. Methtylsulfonylmethane or msm, is a naturally occurring sulfur compound that helps conditions related to sulfur deficiency. 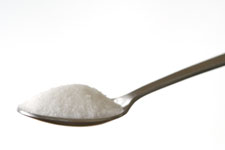 MSM (methylsulfonylmethane) is a colorless inert organic form of sulfur that is naturally present in plants and also found in small amounts in some foods and beverages. It is also sold over the counter as a nutritional supplement.

The alleged beneficial effects of msm are disputed by the medical establishment, however supplement companies make claims for this substance for treating arthritis arthritis and other inflammatory conditions.

MSM is a source of sulfur in supplement form. It has been promoted as a supplement to relieve the inflammation of arthritis. It is often used in combination with glucosamine and chondroitin for the relief of arthritis.

My own personal experience with this substance has been positive, but of course this is anecdotal on my part and doesn’t meet the standard of scientific proof.

Stanley W. Jacob, MD, is Gerlinger Distinguished Professor, Department of Surgery, Oregon Health and Science University. He has authored 175 scientific articles and 15 books, and holds 3 patents, including the initial patent on the therapeutic implications of dimethyl sulfoxide (DMSO).

The use of MSM in supplement form has been championed and promoted by Dr. Stanley W. Jacob M.D. of the Oregon Health and Science University. Dr. Jacob claims to have treated over 18,000 patients with MSM for various health conditions.

Dr. Jacob is on the medical advisory board of the Life Extension Foundation, which in my opinion lends credibility to his belief in the benefits of MSM. I have included a link to his book, which is available for short money at Amazon.

MSM is used as an anti-inflammatory nutritional supplement, and since inflammation is one of the primary causes of the chronic illness that accompanies aging, it can be seen in a general sense as having antiaging effects.

This would be considered controversial at best by mainstream medical authorities, however many of them do not even believe in antiaging.

My feeling is that we need every tool that has beneficial effects for our antiaging arsenal, and in this sense MSM shows promise.

Research studies have shown some benefit in arthritis at dosages between 1500 milligrams and 6 grams per day with no apparent toxicity or side effects. MSM doesn’t appear to lessen c-reactive protein levels, so it may not reduce systemic inflammation. 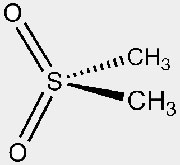 MSM has been found to lower levels of oxidative stress which suggests it may effectively fight free radicals. Thus methylsulfonylmethane may have antiaging properties after all.

The research on MSM is conducted by a scientific establishment that is hostile to the concept of antiaging, so the research may not have been interpreted or reported correctly.

As it stands methylsulfonylmethane is a safe supplmental form of sulfur that shows some effectiveness in arthritis without the toxic side effects of prescription drugs.

As time goes on, research may uncover additional benefits of MSM for other inflammatory conditions in the body, and may prove to be of significant value for your antiaging program.