Acetyl L Carnitine is an interesting antiaging nutritional supplement that has become more and more popular with people interested in slowing the aging process. Carnitine supplements have been shown along with lipoic acid supplements to have beneficial effects in a number of health conditions.


What is Acetyl Carnitine?

It is the acetylated form of the amino acid L-Carnitine. Also known as Alcar, it is derived from the amino acids lysine and methionine, and is sometimes combined in formulations with alpha Lipoic acid, with which it is said to have a synergistic effect. 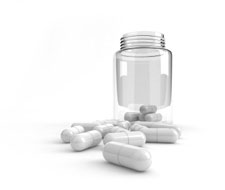 My own interest in "Alcar" came as the result of my reading a research paper by Drs. Geoffrey Grant and Tyler Parr on the decline of mitochondrial energy production. They theorized that such a decline was one the primary factors in aging.

Grant and Parr concluded that since Acetyl Carnitine was vital to the integrity of the mitochondria and the electron transport chain, it should be considered an important antiaging nutritional supplement.

What is it used for?

There is a substantial amount of research on this supplement, and it appears that it is useful in a number of health conditions. Below is a list

Acetyl L Carnitine appears to be neuroprotective, which means that it protects the brain and nervous system from degeneration.

This effect is important in an antiaging nutritional supplement, because many of the body’s systems begin to decline when the brain and central nervous system can no longer function efficiently.

Acetyl Carnitine and the DOLE theory

Ok now I know you are asking yourselves just what the DOLE theory is. Well, it was formulated by Dr. Geoffrey Grant, and Dr. Tyler Parr. They theorized that there is a decline in the amount of energy produced by the mitochondria in our cells, and this is what leads to the declines in our cellular functions as we age.

Central to that decline in mitochondrial energy output, is the integrity of the cell membrane, which is maintained by a substance called cardiolipin. Carnitines in turn help to maintain cardiolipin levels, and the most bioavailable form of Carnitine is the acetylated form.

This makes Acetyl L Carnitine a key antiaging nutritional supplement in their eyes, and they recommend it for that reason. They also claim that there is a way to restore growth hormone levels to a younger level with the use of Alcar and L-Ornithine!

Dr. Stephen Sinatra in his excellent book "Metabolic Cardiology" states that acetyl-l-carnitine helps shuttle fatty acids into the mitochiondria and carries toxic metabolites out. It also crosses the blood brain barrier to aid mitochondrial stability in the brain. This makes acetyl-l-carnitine an indispensable antiaging nutrient!

Dosage recommendations range from 100mg per day up to 1,500 mg per day. This antiaging nutritional supplement is an important addition to any life extension nutritional protocol, however please consult with your antiaging physician so that he or she can help you optimize the dosage for Acetyl L Carnitine, for safety and best results.