What is Hypoxia – The Antiaging Answer


What is hypoxia, and how is it related to antiaging. Understanding the effects of cellular hypoxia and histotoxic hypoxia on aging is extremely important. Let's look at the what, why, and how to prevent and deal with this condition.

Hypoxia or cellular hypoxia refers to the lack of oxygen in your body at the cellular level. This condition can have a number of causes, but the result is always a serious threat to your health.

Cellular hypoxia is related to the aging process as our circulation and oxygenation of cells becomes less with age, and if we don't do something to slow down or reverse this trend, then chronic disease develops.

The condition called histotoxic hypoxia is the inability of cells to take up and utilize oxygen, even though the blood is effectively carrying the oxygen throughout he body. This is caused by various poisons that can affect the body such as alcohol, narcotics, cyanide, and hydrogen sulfide gas. 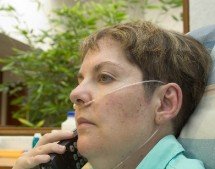 Alcohol poisoning is the most likely of these to affect an ordinary person. Most people of normal intelligence will know that excessive alcohol consumption can be very toxic and even fatal.

Thus when the question is what is hypoxia, it is cellular hypoxia that we are talking about, rather than histotoxic hypoxia.

We normally see hypoxia in extreme environments like high altitude, or during times of great physical exertion when your cardiovascular system can't quite meet your oxygen needs and for a time you have what is called “oxygen debt.”

Here are some conditions that can result in tissue or cellular hypoxia:

Cellular or tissue hypoxia can result from the age-related loss of what's called “cell bioenergetics” or the processes that produce energy in your cells. Toxins like alcohol, or over acidic conditions in your body can also cause hypoxia.

One example of this is in diabetes where the nerves are deprived of oxygen due to over-acidity of the tissues. This acidity is brought on by high glucose levels in the blood which create what's called “acidosis.” This prevents oxygen from being transported efficiently.

Now that we know what is hypoxia, two questions remain: how do we detect hypoxia, and how do we prevent or reverse it?

Hypoxia can be detected using a device called a finger oximeter. This will give what is called the “oxygen saturation level.”

Normal oxygen saturation at sea-level is 95%-100%. Anything below 90% indicates a problem and should be cause for concern.

People don't normally have their oxygen saturation levels monitored unless they are in a hospital or have a chronic disease which involves the lungs or circulatory system. In this context we are talking about “sub clinical” decreases in tissue oxygenation.

There are several strategies that can insure a healthy level of oxygen in your tissues, even through advancing age. They are:

What is hypoxia? It is a logical consequence of our modern lifestyle of processed food, lack of exercise, environmental pollution, and poor breathing habits.

Preventing it may sound complicated, but truthfully, the principles of low glycemic eating, exercise, and proper supplementation when needed will help insure that cellular hypoxia will never be a problem for you.