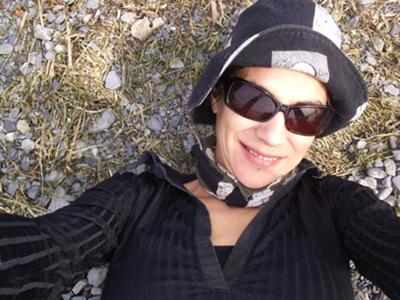 Around 81 years old, my grandmother suffered from breast cancer and got a breast removed.

Because of her age, she had decided to only get a bra that would fill up the missing breast. Then they gave her some kind of medications, so the cancer would not propagate.

The doctor said that the medications would be effective for around 7 years.
It lasted about 10 years. One morning my grandma said she could not get off the bed anymore, she was too much in pain.

She was rushed to the hospital and they discovered she had a couple of bones fractured. The breast cancer had transformed itself into bone cancer. The bones in her body were crushing one by one, slowly but surely.

The first year was not too bad at the hospital, she had so many visitors, and she was able to talk, watch television, read magazines and even comfort me when I had difficult times. She was able to come home once a week in a wheelchair, on a special bus.

The nightmare started the following year, when she was so much in pain that the doctors had to raise her morphine doses, month after month. We were told she would probably die from the morphine (her heart would stop working), instead of the cancer.

At the end she was only holding on a towel so she would not hurt herself, the last few months (well almost a year), she could hardly talk and could not enjoy any aspect of life anymore.

One day she told me she was ready to die and wanted to die. But the doctors just wanted her to keep her suffering, longer, for another year, why?

I wish and she wished she was released from her pain way earlier.