Is there really a diabetes cure? For many long years science has sought to bring an end to the suffering caused by this disease. The search for an answer has gone on unabated. Now there may be hope on the horizon in the form of a herbal cure for diabetes.

A natural cure for diabetes may sound too good to be true, but recent research in Canada has shown that an extract of cayenne pepper could hold great promise in the fight against this disease.

Now let me be clear on this, there does not now exist an available and scientifically proven cure for diabetes as of this writing. However some very recent exciting research has given hope that such a cure may be available in the near future.

The discovery that may lead to a cure focuses on the root cause of type 1 diabetes. It had been thought that an autoimmune reaction destroys the islet cells of the pancreas, but now this idea is being revised in light of new evidence.

Researchers at the Hospital for Sick Children in Toronto noticed that not only were the islet cells affected by the disease but the surrounding sensory nerve tissue was as well. The research team thus suspected that the nerves were involved in some way. 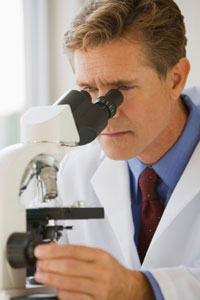 The sensory nerves in the pancreas secrete a neuropeptide called substance-p, which is necessary for the islet cells to function properly. The research team used a chemical to eliminate the nerves in mice that were bread to develop diabetes.

When this was done, the mice never developed the disease! Was this the diabetes cure at last? The researchers theorized that the nerves in the diabetes prone mice did not produce enough substance-p, and the islet cells were overproducing insulin, causing the immune system to attack the islet cells.

With this in mind, the researchers then gave the diabetic mice an injection of substance-p directly into the pancreas, and found that this cleared up the inflammation that was affecting the islet cells, and the disease disappeared almost immediately.

A natural cure for diabetes?

Was this the diabetes cure that had long been sought? It appeared as if the research team had at last arrived at a workable hypothesis and developed a diabetes cure from it, at least for the mice in the experiment.

In an earlier research experiment they used capsaicin on the sensory nerves which acted as a kind of herbal cure for diabetes, as the capsaicin is derived from red chilli peppers which are considered a herb.

The extract of hot chilli peppers has been used for hundreds of years as a folk remedy for diabetes. In this instance it appears as though science may have validated an age old natural cure for diabetes, or perhaps more correctly, a diabetes treatment.

A reason for hope…

It is important to remember that this result was achieved in mice, and may not necessarily translate to humans. However the important thing is that the researchers have developed a new

understanding of the inflammatory mechanism, that appears to cause diabetes, which could result in a kind of herbal cure for diabetes, using a substance that has been in the human diet for centuries!

With this new understanding will hopefully come new approaches to treating both type 1 and type 2 diabetes. The researchers discovered the two types shared similarities which may enable a natural cure for diabetes or at least a more effective treatment for both.

In addition, this new model of inflammatory reaction and response could be used to develop treatments or cures for other types of chronic diseases as well. Researchers at the Hospital for Sick Children in Toronto are cautiously optimistic that their discovery will lead to a major advances in treatment and possibly even a diabetes cure!